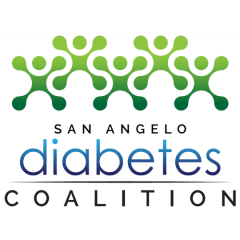 The idea for the San Angelo Diabetes Coalition came about in 2017 as a result of a 2015 survey of the poor and extremely poor in West Texas that identified type 2 diabetes as a major disease among this population. The primary healthcare organizations of San Angelo agreed to participate in a collaborative effort to reduce diabetes in the community by forming the Coalition.

The San Angelo Community Medical Center, La Esperanza Clinic, and Shannon Medical Center in conjunction with the San Angelo Health Foundation and Angelo State University are represented in the Coalition, which highlights the truly collaborative nature of this initiative.